On Friday, November 11, 2022, the City of Beaumont will host a Veterans Day Parade along Beaumont Avenue and 6th Street.

The second annual parade begins at 10:00 a.m. at the intersection of 10th Street & Beaumont Avenue. All entries will honor and pay tribute to the men and women who have bravely served our nation in the United States Armed Forces. Viewing areas are available along the parade route with the announcers’ booths located at the Beaumont Chamber of Commerce and the Beaumont Civic Center.

For questions regarding parade participation, please contact the Beaumont Parks and Recreation Department at (951)769-8524.

Immediately following the parade, Beaumont will host the third annual Veterans Day Ceremony on the front lawn of the Beaumont Civic Center. The event is scheduled to begin at 11:00 a.m. with a welcome reception followed by remarks from local dignitaries. The entire community is encouraged to attend the ceremony and show their appreciation for our Veterans.

The City of Beaumont is pleased to announce that the Grand Marshal of Beaumont’s 2nd Annual Veterans Day Parade will be local Veteran Joe Harrison.

Mr. Harrison is a 99-years young WWII Veteran, who served and survived 30 months fighting in the War in the Pacific.  Part of the pre-Navy Seal's Special Forces Operations, the legendary Marine Raiders, Joe served in Carlson's 2nd Battalion, the 4th Regiment, the 1st Provisional Brigade, and the famous 6th Marine Division.

Marine Raider Harrison saw six amphibious landings, four under fire in combat, including the islands of Bougainville, Guam and two on Okinawa. He participated in the initial landings and occupation of Japan and was one of the first Marines in Tokyo before the surrender terms were signed.

Following his service, Mr. Harrison returned to California where he started in the construction trades and met his soon-to-be wife of 60 years, having 5 children working to be a contractor. He became a masonry contractor working in Banning thru the Loma Linda area. Mr. Harrison finished his working career with Caltrans and retired in Banning, California in 1985. He has enjoyed his retirement with his children, 11 grandchildren, 15 great-grandchildren and 12 great-great-grandchildren. He is a long-time member of the American Legion Banning and Fellowship Church in Beaumont.

For questions regarding Veterans Day activities, please contact the Beaumont Parks and Recreation Department at (951)769-8524. 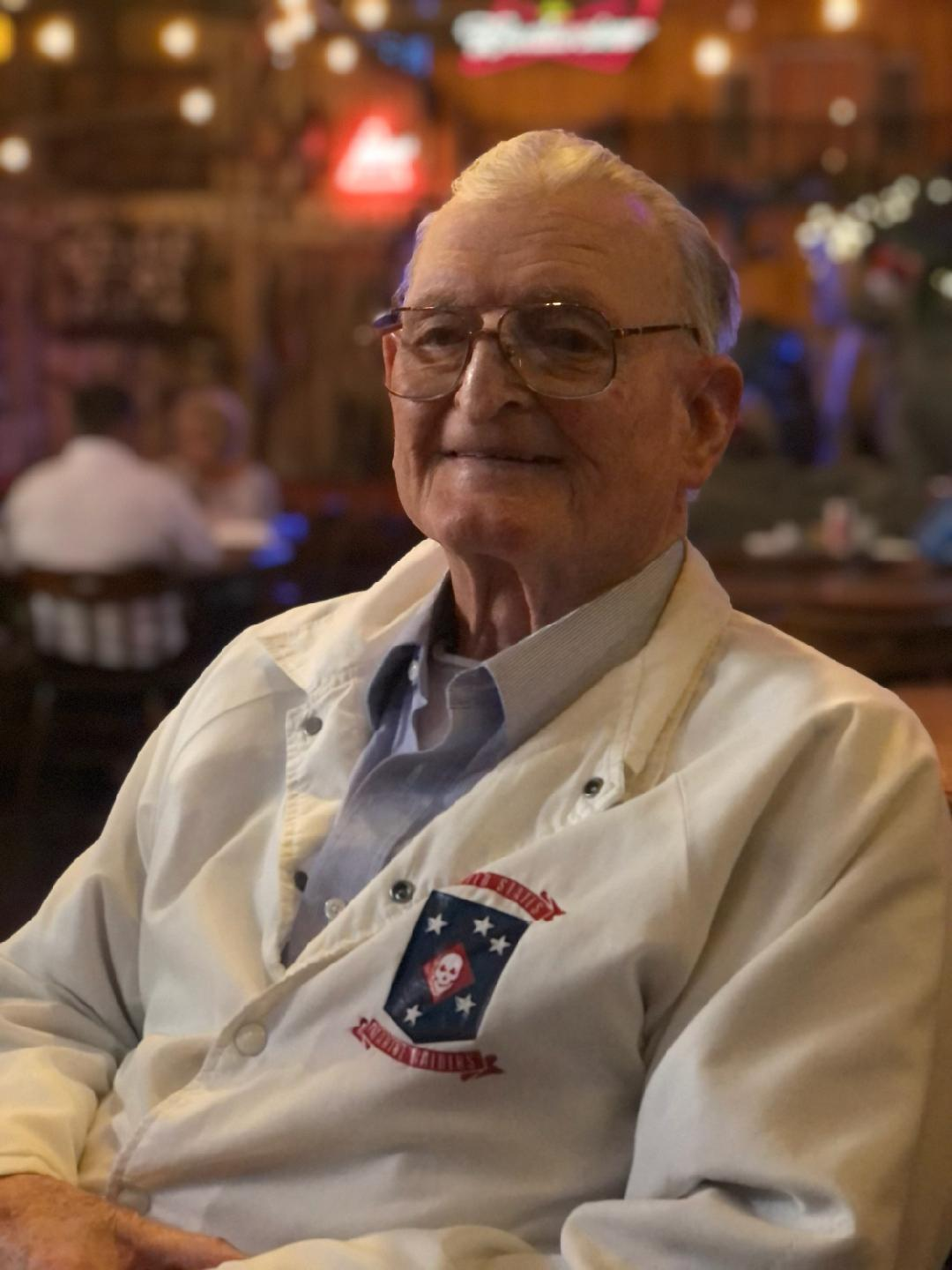